February 28, 2020
Historians suppose that traditional Russian costume started taking its shape in the 12th-13th centuries. Up to the 18th century it fitted well all layers of Russian society: it was worn by tsars, boyars, merchants, craftsmen, and peasants.After Peter’s decrees (18th century) Russian nobility and the city costumes have undergone Europeanization. However, the national (folk) Russian costume was popular in the villages till the beginning of 20th century. 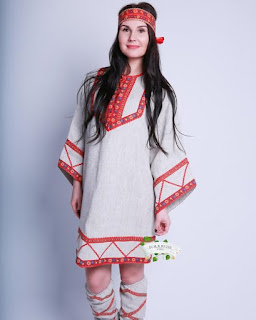 The Russian women’s costume was based on the “rubakha” (a linen shirt or blouse). It was made flaxen embroidery, silk lace, golden threads and spangles. Collars and sleeves were decorated extensively. 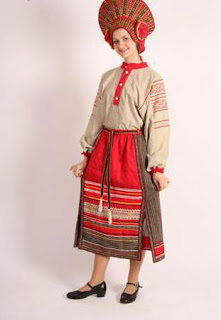 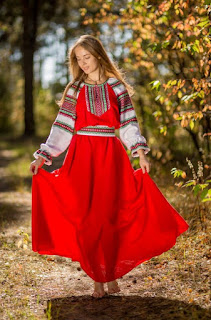 By the early 20th century the most widespread women costumes were of two types: the South Russian one with poneva, i.e. a homespun woollen skirt, and the Mid-Russian one with a sarafan, i.e. a kind of sleeveless dress. The typical color of the sarafan and skirts was red, as this color literally translates to “beautiful”. 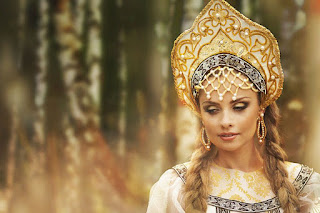 One of the most common type of festive head-dress was the "kokoshnik", it was masterfully decorated with river pearls, meshwork of pearls, golden and silver needlework, coloured foil and decorative stones. The head-dress was treasured in the family and handed down, and was an integral element of a well-off bride’s dowry. 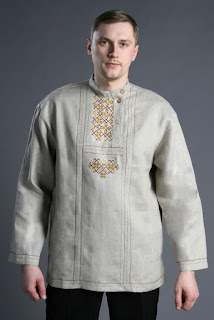 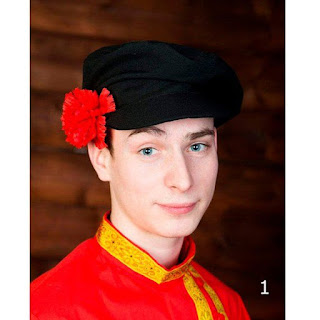 Men’s costume was composed of a long shirt ('rubakha-kosovorotka' shirt with a stand-up collar fastening on the side), trousers (porty), a belt (poyas-kushak), and bast shoes (later boots). The woven shoes commonly made from fibres of the birch tree. No longer worn in modern times, today they are a decorative piece hanging in people’s homes. The cap (kartuz) came into being in the late 19th century, and it was decorated with a flower. 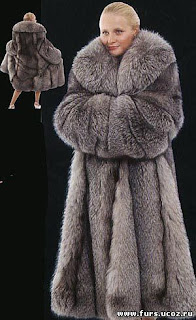 In winter, Russians wore the fur coat (shuba) and wool felt footwear (valenki). It was extremely practical and effective in a cold northern climate. Shubas were made of fur turned inside or ‘wrong-side out’. The traditional male warm hat with flaps – ushanka (derived from the word ushi – ears) or treukh - was used to protect the ears from cold. Woman worn the traditional Russian knitting shawls and beautiful 100% wool Pavlov Posad scarves.

Apply for a visa to Russia now at https://www.russianvisa.my/