February 26, 2020
Games have long been an important part of Russian culture, with many traditional games developing from the pagan circle dances (хороводы) performed during the pre-Christianity era. These traditional Russian games were often played in a circle or as a large group, making them an essential way to connect with the community.
While many classic Russian games are now part of history, others have survived and are experiencing a new surge of popularity in modern Russia. Now, you can discover the rules of some of the most well-known traditional Russian games. 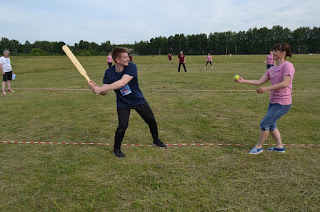 Lapta is a bat-and-ball game played on a rectangular field. The pitcher serves the ball, and the hitter uses the bat to hit the ball, then run across the field and back. The opposite team's task is to catch the ball and launch it at the hitter before he or she has finished running. Each run completed without being hit earns points for the team.
Cossacks and Robbers 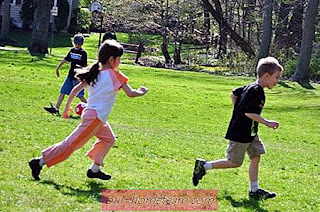 One of the most popular games in modern Russia, Cossacks and Robbers is the Russian equivalent of Cops and Robbers.
Players divide up into two teams: the Cossacks and the Robbers. To begin the game, the Robbers hide within a previously agreed-upon area (e.g. a park or a neighborhood), drawing arrows with chalk on the ground or on buildings to indicate which way they have gone. The Cossacks give the Robbers a 5-10 minute head start, then begin looking for them. The game is played until all Robbers are caught.
Durak 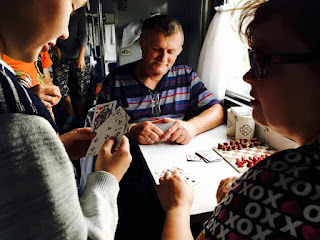 Durak, a card game of Russian origin, is played with a deck of 36 cards. The lowest card is a six, and the highest is an ace.
Durak can be played with 2-6 players, and involves a series of "attacks" and "defenses." At the start of the game, each player receives six cards, and a trump card is chosen from the deck. Any card of that suit can defend against an attack. Otherwise, attacks can only be defended against with a higher-numbered card of the attacking card's suit. The goal is to get rid of all the cards in your hand. At the end of the game, the player with the most cards remaining loses and is declared "the fool".

Don't wait any longer, apply for a visa to Russia now at https://www.russianvisa.my/